Eddie Ed is serious about comedy and acting. He has appeared 11 times at The Comedy Store on Sunset Strip.  He won Best Actor in a Cameo for "Sordid Lives" with Kentwood Players.

Marcie has played with the Long Beach and the Westchester Symphonies. She is delighted to be playing her father's violin.

She has sung and acted in five musical theater showcases with Cathy Gabrielle Wallace — who knew Marcie could sing arias from Puccini operas!

Marcie O'Brien was born into a musical family. Her father, Frank Costanzo, was a violinist with the Philadelphia Orchestra. At age 5 she was playing a tiny violin.

Eddie Ed O'Brien has been doing comedy since high school when Miss Klein laughed hysterically at his riff on a poem by Lord Byron. It's been a gazillion jokes and laughter ever since.

I love to make people laugh. We laugh a lot together.

Join us on the funny side of the street!

I play classical violin and I sing musical theater and opera.

We put a modern spin on Vaudeville with our colorful characters. Our songs and comedy will add joy and pizzaz to your parties, meetings and weddings!

For a good time — call, text or e-mail us 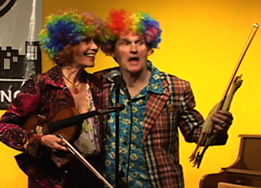 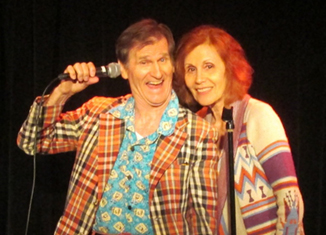 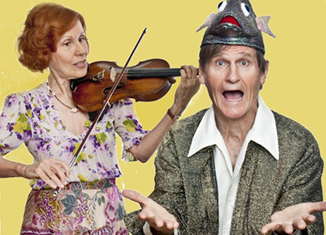 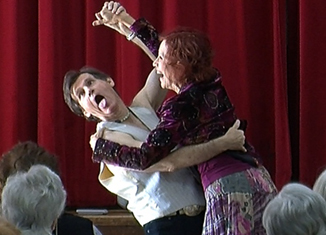 Call, e-mail or text us to book your next show!